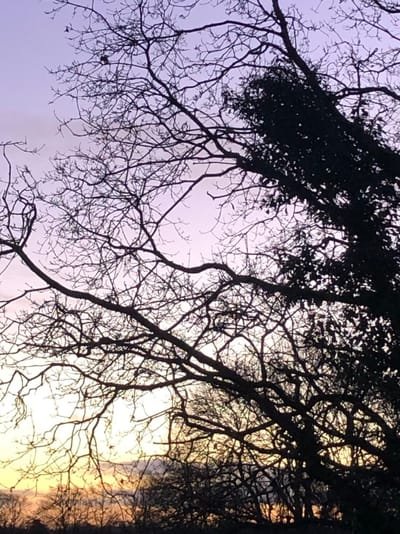 The area has a long history - from when Odo, William the Conqueror's half brother, was given the land. It been woodland and fields for hundreds of years, and has never had a grand house on it. The land was broken into smaller field-sized pieces, with the result of a large number of owners of one or more piece, and they often then rented to tenants.

Some of the area has been woodland for at least 400 years. Some was arable land until the end of the 20th Century.

Over the 19th Century there were many disputes between area occupants, with animals straying to others' areas, and boundary disputes.

About a third of the currently wooded area was arable land, but by the 20th century bush and small trees started taking over.

In 1963 the old Orpington Urban District Council agreed to compulsorily purchase much of the area of open space with a small nature reserve in one section.

In 1966 when Orpington became part of the Greater London Borough of Bromley, the Bromley authority commenced a plan to ensure that the area remained Green Belt and Public Open Space .

1970 - a planning application was made to build houses on the site of the isolation hospital, but this was withdrawn.

Early in 1973 a full dossier of the natural history of the area was completed (which the Friends Group would love to see). This listed 342 plants, over 60 species of birds, 30 butterflies and innumerable moths recorded from 1934 - 72. At that time the area was put on a list of Sites of Special Scientific interest at Nature Conservancy.

By 1974 Sparrow Common was becoming scrub - and it is now woodland.

April 1989 - The Nature Conservancy Council declared the area as a Site of Special Scientific interest.

St Thomas Open Space was agricultural land until the 1930s. When the Council acquired it, it was being maintained as open grassland with a scattering of trees. By 2021 only a small amount of grassland survived.

1998- Thames Water were going to install a relief sewer on the west side of the long metalled path that runs along the east side of the area, making boreholes and promising a public meeting, but the work was postponed.

The Friends Group has researched the history behind the Fever Hospital that was built in in the woods, the reasons some areas were owned by the Isleworth Bluecoat School, and the 20th century plans to build sewers, bypasses and housing.

If you are interested in knowing more about the history, or have knowledge that you are happy to share with the Friends Group, please contact friendscroftonandsparrowwoods@gmail.com.

We are particularly interested in any photographs that you may have.